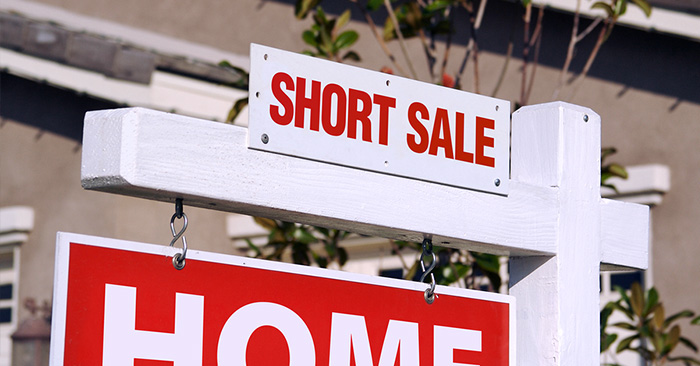 Even if your aren’t, and you’re in the market to buy a house, you should know about “short sales”. There’s always a chance that a house you fall in love with will be subject to a short sale.

So, do you avoid a short sale like the plague? Or do you roll up your sleeves and make an offer?

You Probably Know This, But Just In Case

A short sale is when a homeowner sells their property for less than the amount they owe.

Not that the homeowner can just agree to a price and sell you the house for any old amount. They will need approval from their lender.

Not too many years ago, short sales weren’t really something you’d see on the market. Then the market tanked, and it became a solution for many people who owed more than they could sell their house for. It was a better alternative than foreclosure, for homeowners and for lenders.

At this point, short sales have been around for a quite while. And they keep on showing up. Maybe not as much as they have in recent years, but there doesn’t seem to be an end in sight. Unless the market goes back to the heydays of the early 2000s.

Which means you need to at least be aware of them, and know whether or not you want to deal with trying to buy one.

So, let’s get into some seven things you should know in case the house you want to buy is a short sale.

Just because a house is being sold “short” (for less than the owner owes), does not mean it’s a good deal.

If there are equal options for you to choose from on the market that are not short sales, it may not make any sense at all to go after a short sale.

You really should only go after a short sale if you are getting a good deal. Or, if there are no other options, that are as good or even better, for about the same price. It isn’t worth the hassle.

You’re going to pay for it in patience. Lots and lots of patience. Which boils down to time. And time is money.

The time you’re waiting for a short sale to be approved could cost you in many ways. Just to name a few:

Lenders have gotten a bit better and quicker about the process at this point. When this trend first started, they were swamped, and it was all kind of new for everybody. So it took time. Now that the kinks have been worked out, it can happen more quickly. But not necessarily. There is no way to know how long it will take. Err on the side of caution, and plan on it taking anywhere from six months to a year. But it’ll probably be more like between three to six months.

Regardless, it will almost always take longer than a straight up sale between you and a homeowner who does not need to sell their house short.

So, again, the deal better be worth your time and patience.

Almost every seller in the world wants to sell their home “as-is”. Meaning they want to negotiate that the buyer won’t further negotiate any issues that are found in a home inspection during the process.

But the reality is, it’s pretty rare for a homeowner to sell their home truly “as-is”. There’s almost always some sort of concession or repair made, once a buyer does their home inspection. No matter how firm the seller wants to be, or how good of a price they gave the buyer, it happens. And sellers will typically agree to some, or even all of the requests made by a buyer. It’s just easier than losing the deal.

But it isn’t always just home inspection issues. It could be something related to permits, or certificates the town requires, for instance.

In a short sale, the lender isn’t going to step and fix anything, or consider a credit for repairs usually. And they aren’t going to get any permit or certificate issues resolved. It’s hard enough getting them to agree to the lower-than-owed price they accept. So don’t expect it. Don’t even hope for it.

And the owner probably isn’t in any financial position to do any repairs, given their situation. And frankly, they probably are pretty much checked out at that point anyway. They want nothing to do with what you want. They get nothing out of it. Unless they are that desperate to just get this chapter of their life over with, and somehow figure out a way to make some repairs.

Point is, expect to take on whatever problems the house comes with…

Which means, again, it better be a pretty good deal.

4. Don’t Be Surprised If The Lender Counteroffers

Unfortunately, not all real estate agents or homeowners even get the lender on board with the fact that they’re trying to sell the house short.

So, you could negotiate what seems to be a great deal with the owner, only to have their lender come back and counter your offer for way more than the house was even listed for.

This strikes a lot of buyers as crazy. How can a lender do that!? The house was listed for less! Well, they weren’t in on the process when the owner and agent made those decisions. Now they are.

It might take some time for them to come around.

Many buyers get so frustrated that they back out of the deal because of the lender not coming to agreement on the price. Only to see the lender eventually lower their expectations and accept an offer for the price the buyer had offered… or even less!

So, it might make sense to just hang in there and wait the bank out. Stand your ground. Be patient. Wait.

Or, let another buyer or two loosen the jar lid, and throw offers at the property. Let them get frustrated and get the lender to see the light. Then step in with your offer after one or two other buyers failed to get from offer to a closed deal.

But that does take patience. And some amount of strategy.

And there is no guarantee…

5. The Deal May Never Be Approved

Whether or not a short sale is approved is out of your control.

There are a lot of factors.

One of the most frustrating things is that a lot of owners who are trying to sell short do not put in the effort they need to. There’s a lot they need to supply in terms of information. And their motivation is minimal. Beyond that, they are stressed out and probably depressed. So there are times that the homeowner delays the process, if not kills the process altogether.

It can get to a point where they progress too far, and fall into foreclosure. And that process can drag on for quite some time. Sometimes, owners feel it would be even better to just get foreclosed. It buys them more time. And a short sale, while better for them than a foreclosure, is no bed of roses. It is still going to negatively affect them.

And a lender could simply not agree to a short sale. Maybe the owner is in better financial shape than they feel is necessary to approve a short sale. Or perhaps they just decide it makes more sense to foreclose.

It can be frustrating. Your hands are tied. There’s a lot of hurry up and wait. And very little you can do to get anyone to move faster. Even constant follow-up, complaining, or threatening to kill the deal will not make the process move faster.

So, just be prepared that you could waste your time, all for nothing. And you will spend money on your end of the process that will never be returned.

6. Be Prepared To Move Fast

When and if a short sale is approved, the chances are that the lender will give you a short time to actually close the deal.

So, while they could take months and months just to say yes…they might give you two weeks to close the approved deal. And if you don’t, it could throw the process back into review.

The biggest hassle here is with your mortgage (if you are borrowing money to purchase). Your lender needs some time to get your loan approved and “clear to close”.

You could be super diligent and get as much of your mortgage process done months ahead of the short sale being approved, but there is still a lot that needs to be done in the final stages. So make sure you’re working closely with your lender, and be good about getting them everything they need ahead of time.

7. Hire A Real Estate Agent Who Is Okay Working With Short Sales

Not every agent wants to deal with short sales. This is understandable. Agents don’t get paid more for dealing with this type of sale. In fact, they often get paid less. And they are more work. And they are less of a guarantee. And agents work with very little guarantee that their efforts will result in compensation as it is.

So, do be aware of this, and thoughtful about it.

So, when you hire a buyer’s agent to work with you on a short sale, you need to also be in it with them for the long and hard haul! It is the right thing to do.

And it will pay off…

Because so many buyers give up on getting a great deal on a short sale because an agent will persuade them to avoid going after one altogether, or encourage a buyer to move on if the process is taking too long. Again, not judging…they have valid reasons for being that way. But it is important for you to know.

One thing your buyer’s agent should do before you make an offer on a short sale is to assess whether the listing agent on the property knows what they are doing. Many do not. And in those cases, you might as well not even waste your time.

As scary as this all may sound, short sales aren’t something you need to avoid. Just know what you’re getting into beforehand.

And be patient. You will pay for the deal in patience, but knowing what you know now, it should be worth every penny of patience you pay.